Version 1.0 Beta has now been released. It can be found here.

This project started as a simple coding exercise to develop a simple budgeting application for both Android and iOS devices that would showcase some interesting and useful design patterns. 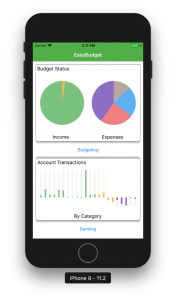 I like to keep and produce full design notes on projects where it makes sense to do so. This project’s Design Notes are located here and include UML diagrams and detailed notes about specific portions of the project. 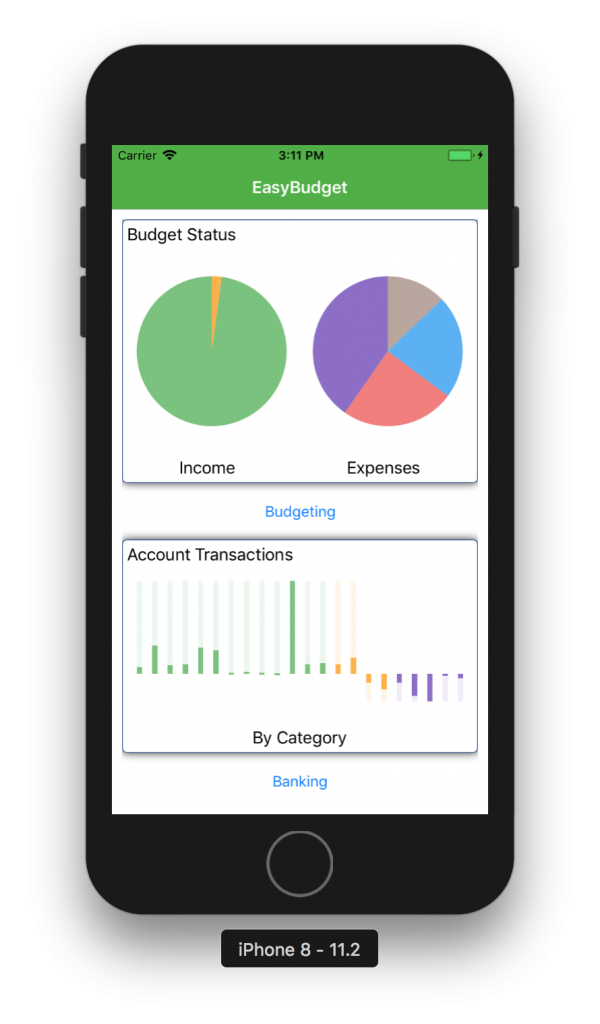 The main status page for EasyBudget shows a birds eye view of the budget categories and bank accounts. Click ‘Budgeting’ to go to Budget Categories or click ‘Banking’ to go to Bank Accounts. 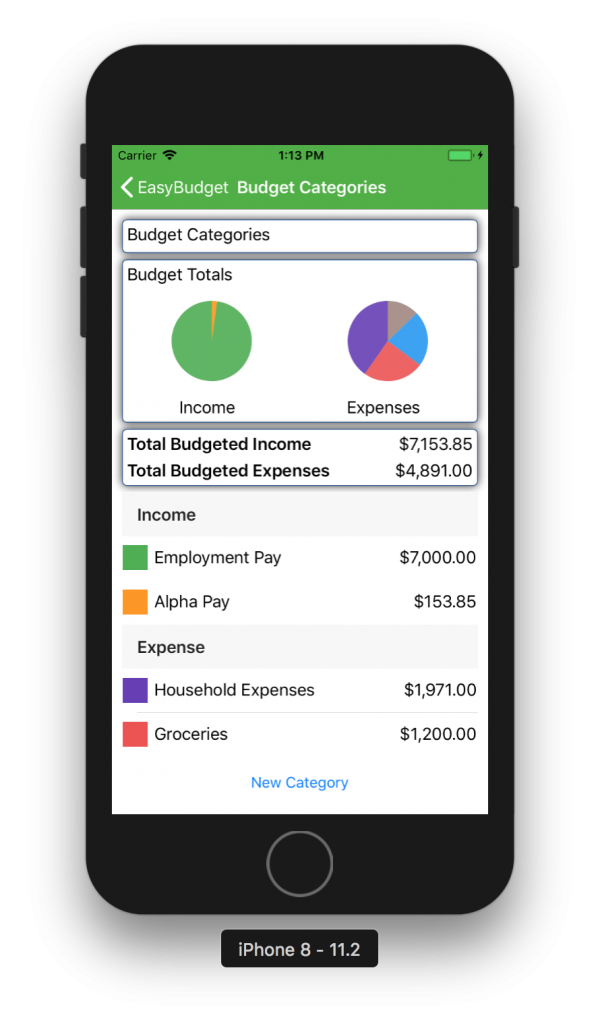 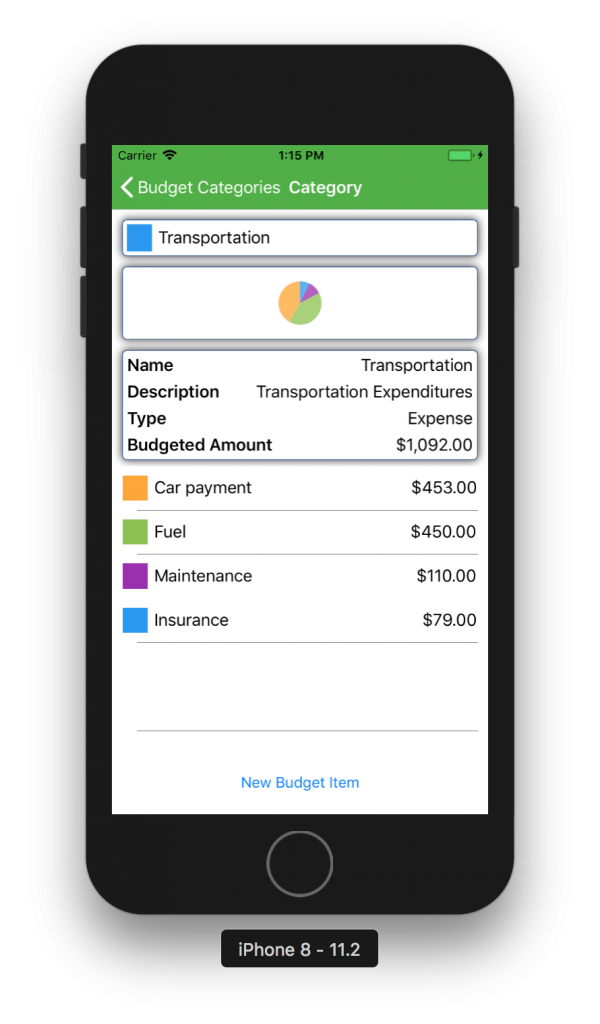 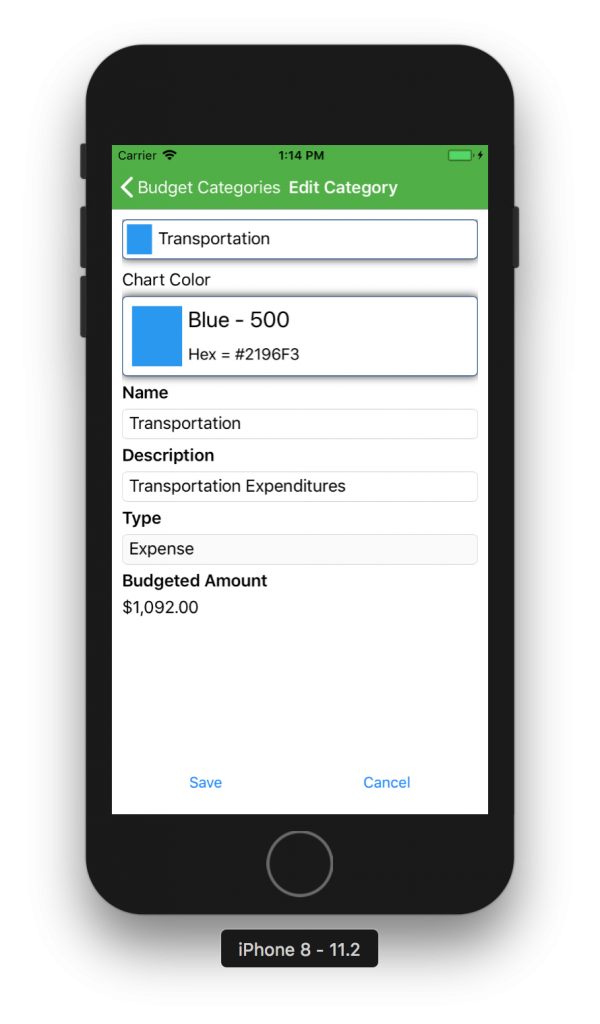 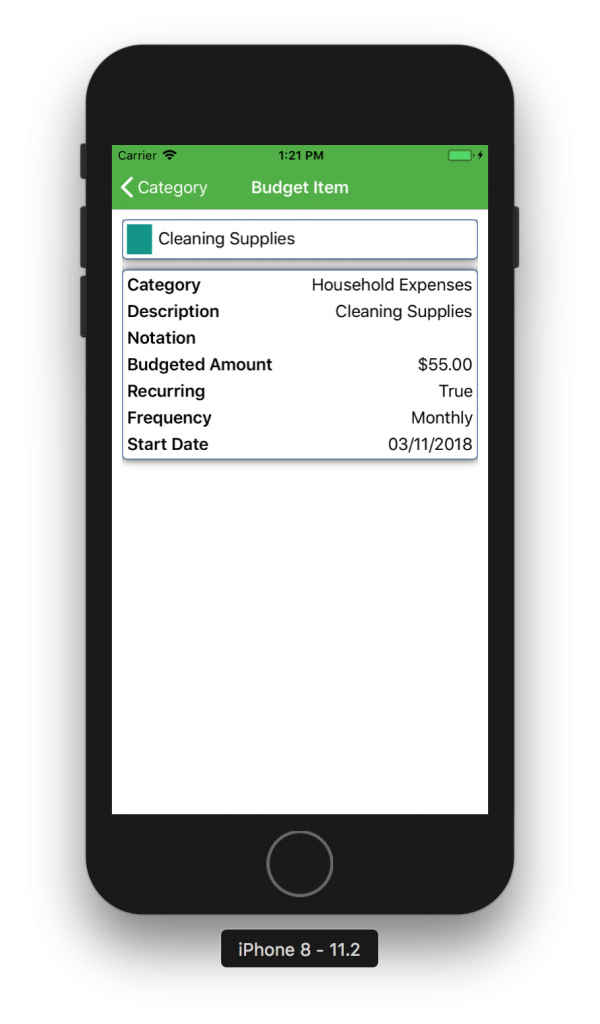 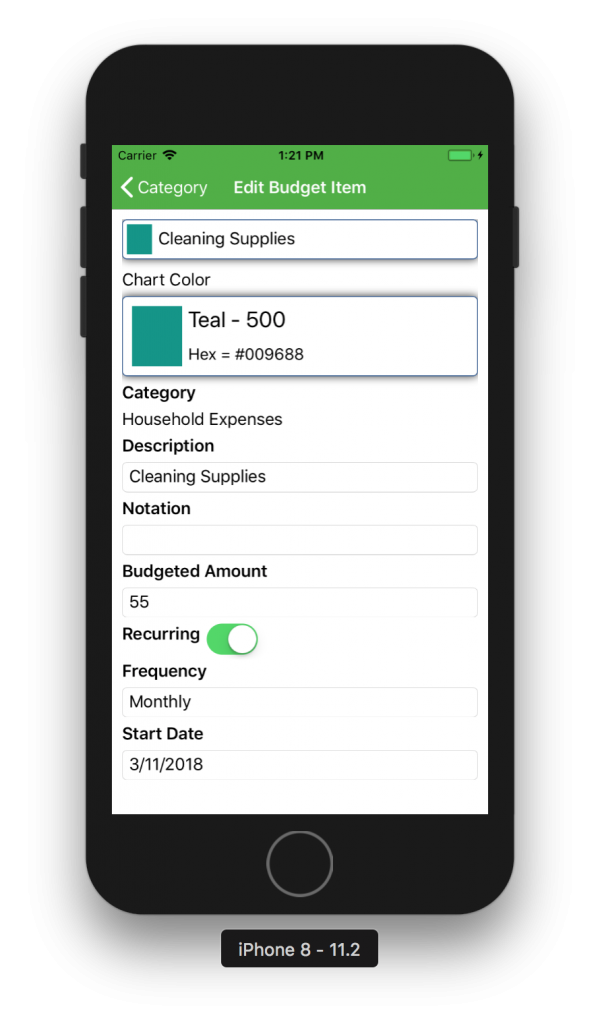 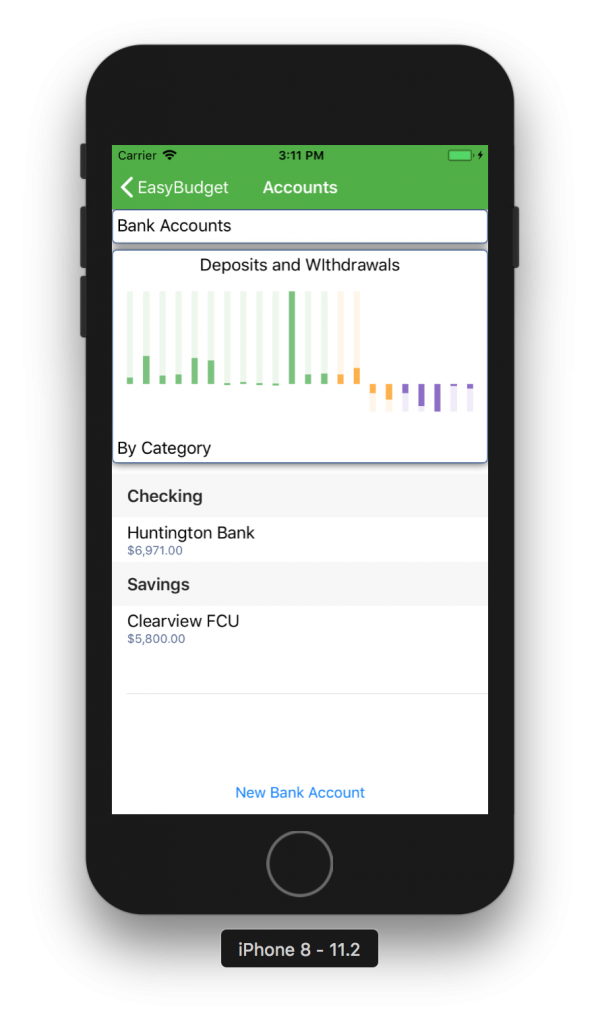 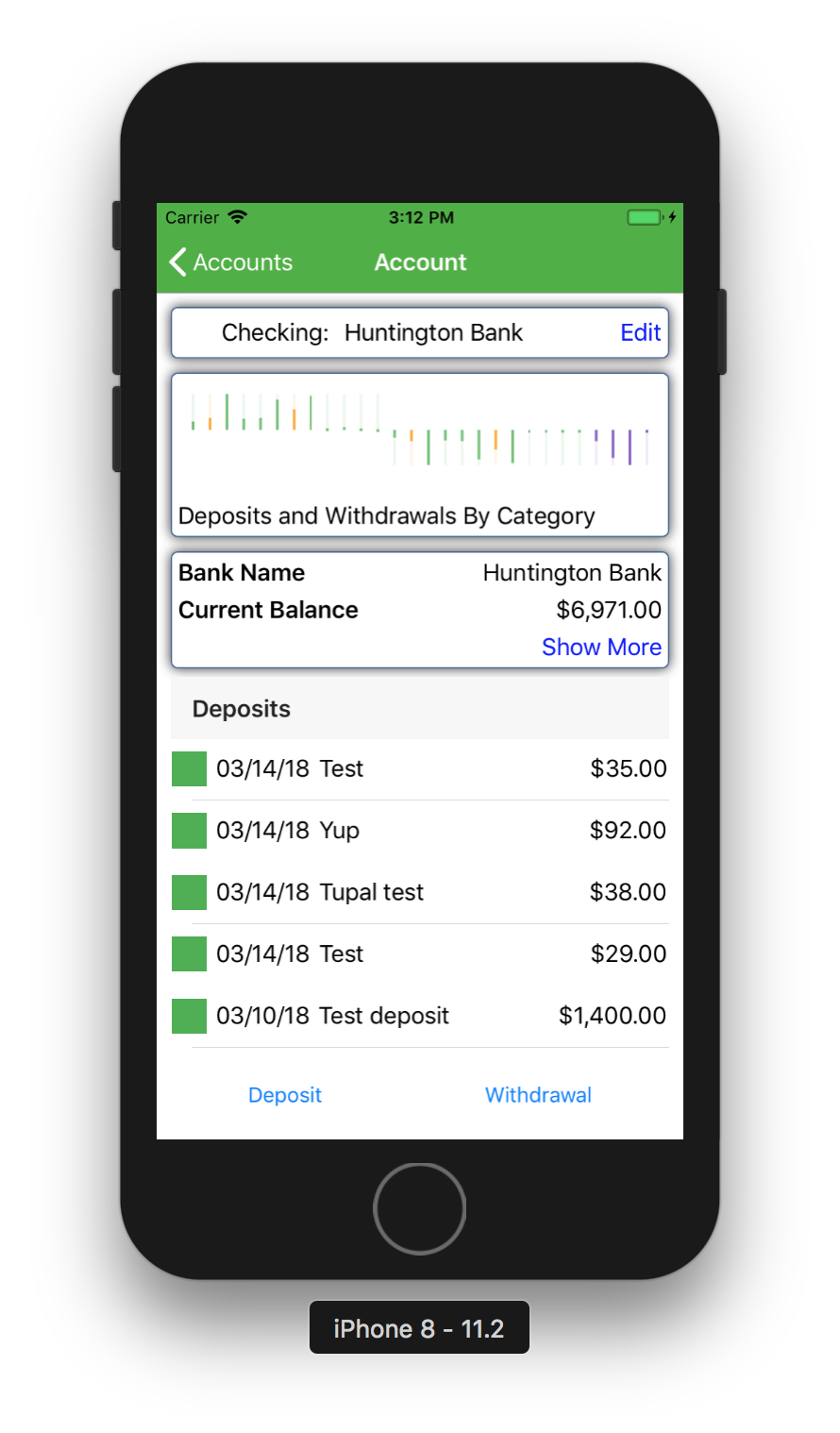 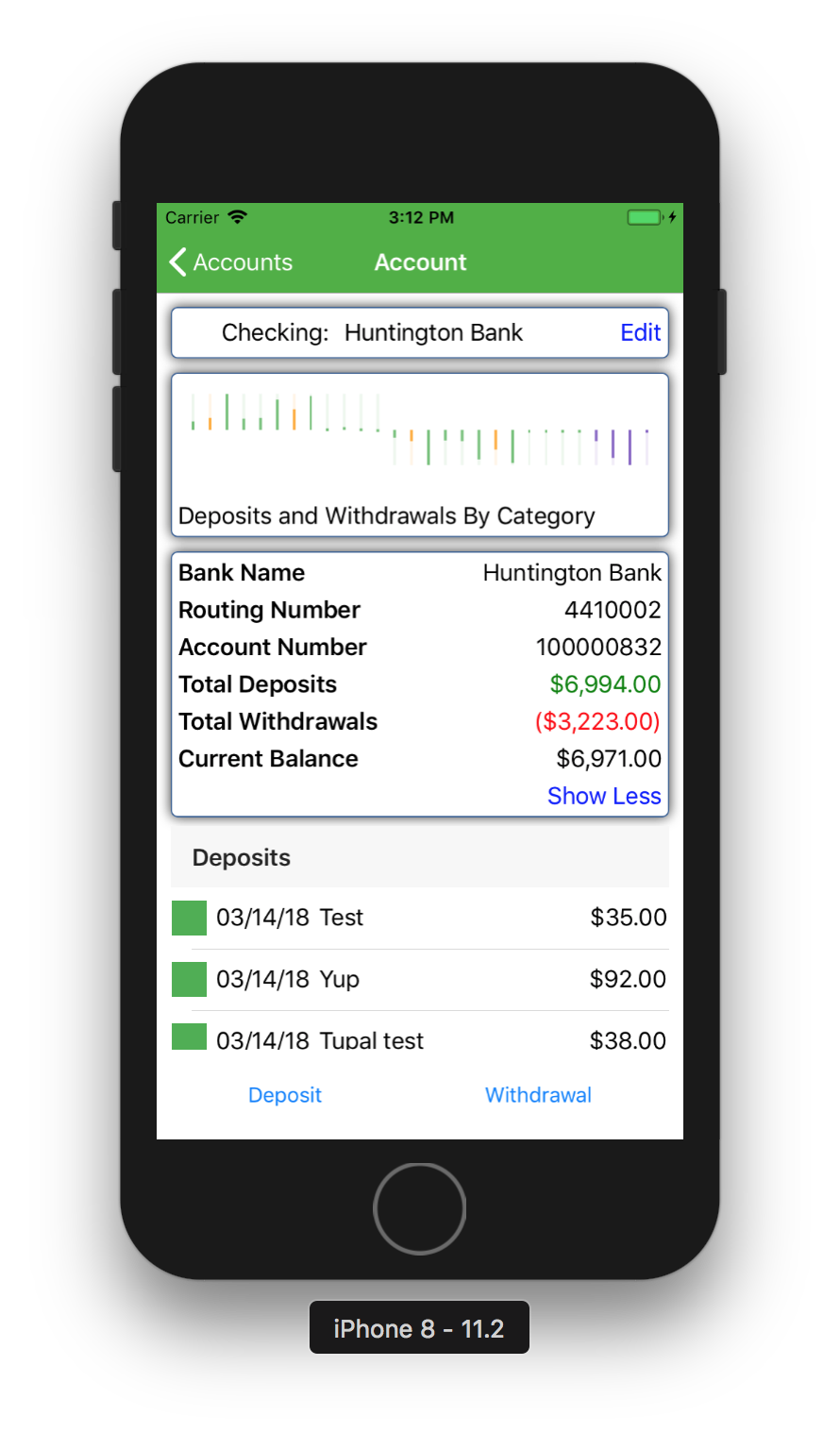 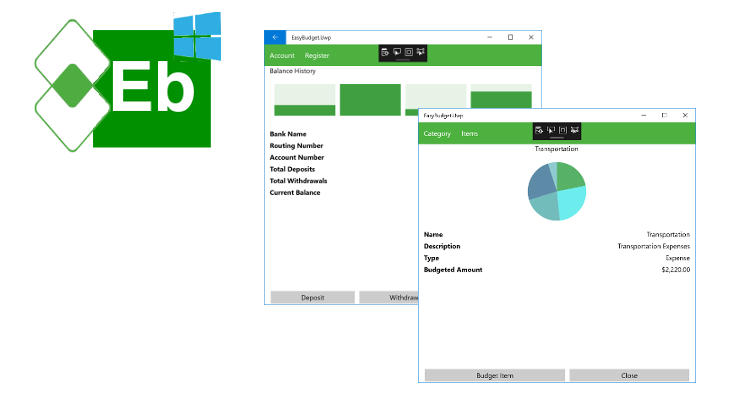 This project was originally intended just to explore iOS and Android development in Visual Studio, using the Xamarin.iOS and Xamarin.Android libraries. It was also, hopefully, going to provide me with a cool app I could use over time to record and track income and expenses for our family.

While coding this application and taking courses through Xamarin University, I began to look at this as an opportunity to expand the scope of this project to explore some other aspects of mobile development. Here is a rough road map for where I plan to take this project.

Who doesn’t love screenshots? Here are a few of what the app looks like so far.

With version 1.0 Beta nearing completion, it’s time to start looking at ways to distribute this and test on as many different types of devices as I can. I would ultimately like to have this as a finished application available in the app stores. 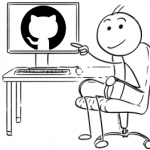 The working copy of this project’s code can be found here.

I do have a variety of Open Source projects that I work on when I have time. These include some example code as well as a personal budgeting application designed for Android, iOS and UWP mobile devices.

I use the Apache License 2.0 for most Open Source projects. I’m open to other  licenses as warranted.